Three teenage Fulani herders have been apprehended in Bauchi for allegedly gang-raping a girl whose identity is hidden from the public for privacy purposes.

The leader of the gang, Mamman Jauro, who was said to be 15 years of age, said he was in the bush with his cattle, where he saw the young girl passing by and then decided to have a taste of her.

He also added that while he was doing it, his friends caught him in the act, and also begged him to have a taste.

When asked if he knows the girl, he said he knew her when he arrived in the area, as he also said he her name is Nasaiba, saying they have no relationship as she is not his wife.

Read his full statement below; 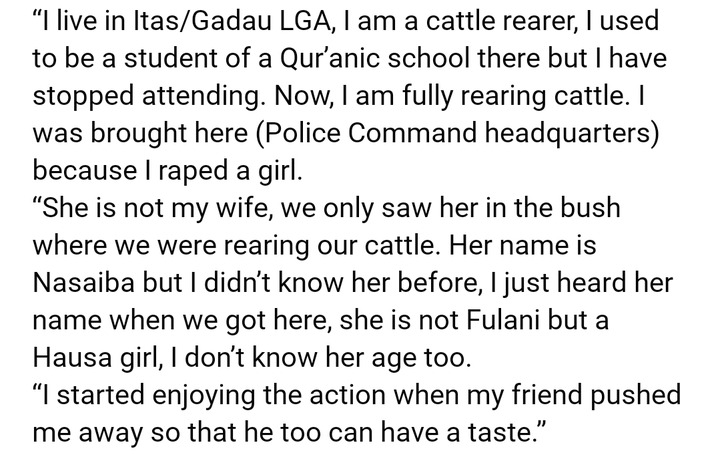